Domino is a family of eight tile-based games, also called dominoes, played with domino tiles. Each domino is normally a square tile with a flat diagonal line dividing the face of each square end into two equally sized squares. The square corners of each piece are either blank or have pre-printed numbers. The shape and arrangement of each piece are decided by the dice roll. Once all the pieces have been laid out, any remaining space on the board is available for play. 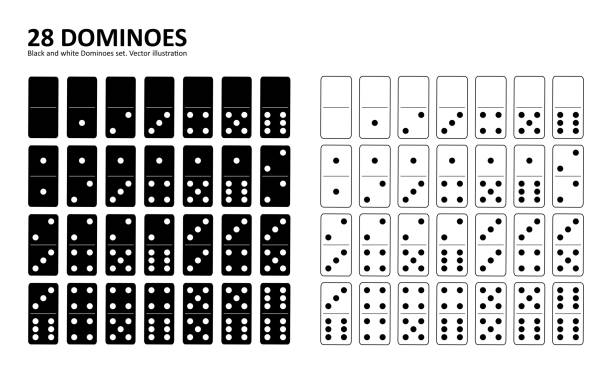 Dominoes are played in two steps: laying out the dominoes, and playing the dominoes themselves. The first player lays out all the domino tiles and places their domino at the base of the chosen board. Then the second player adds in any additional domino tile(s) that they have drawn, according to the number already on the board. The dominoes remain in place until any player has the last domino in their pile eliminated by one point. Then the dominoes are discarded and the new board is set up, and another round of game begins.